Taipei Golden Horse Film Festival (TGHFF) is the largest and longest-running film festival in Taiwan. The 2022 Taipei Golden Horse Film Festival (TGHFF) took place between November 2nd and November 20th in Taipei. As the longest-running and the biggest film festival in Taiwan, TGHFF comes up with an extensive programme to fulfill cinephiles’ thirst for a visual and spiritual enlightenment.
This year’s Opening Film Coo-Coo 043 is helmed by emerging director CHAN Ching-lin, starring veteran actors YU An-shun, YANG Li-ying and new talents HU Jhih-ciang and Rimong Ihwar. The Closing Film is CHENG Wei-hao’s latest comedy Marry My Dead Body, featuring two Taiwanese heartthrobs, Austin LIN and Greg Han. The film attracts a huge amount of attention in the media when the news is announced.
In addition to the nominated films of the 59th Golden Horse Awards, the festival’s carefully curated line-up also includes the latest and classic films from Hong Kong, Macau, Singapore and Malaysia, such as the works of the two Lifetime Achievement Award recipients LAI Cheng-ying and CHANG Chao-tang, the 4K restored A Confucian Confusion that was Edward YANG’s first entry to Cannes, five Golden Horse Awards winning film Hsi Shih: Beauty of Beauties by LI Han-hsiang, Ann HUI’s Boat People, marking its 40th anniversary, as well as They Say the Moon is Fuller Here, Clara LAW’s rarely-seen debut and thesis film.
TGHFF serves not only as the prominent stage for Chinese-language films, but also as a showcase for many international films. In addition to the award-winning titles by new talents, we also present the latest works by François OZON, Aleksandr SOKUROV, Sam MENDES, Martin McDONAGH, Dario ARGENTO, Sean BAKER, Cristian MUNGIU and Ulrich SEIDL. Moreover, the festival has put in much effort and finally managed to present the complete works by the late Juzo ITAMI, as well as the retrospective of Luca GUADAGNINO to explore his unique cinematic aesthetics.
As the leading and most significant cinematic event in Taiwan, TGHFF never stops moving forward: to introduce the alternative, the avant-garde, the fantastic, the extremes, the animated, the documented, the gender-exploring and the environment-aware films.
Moreover, there are Beyond The Verdict, a section collaborated with the Judicial Yuan to stimulate conversations with the society on legal and justice issues, Golden Horse Currents, a programme that aims to advocate cinematic literacy for the young generation, the Asian Cinema Observer Mission, an event highlighting emerging talents and their works, and the Audio Description Project that offers a friendlier environment for the visually impaired.
As ever and more than ever, Taipei Golden Horse Film Festival cordially invites all cinephiles to this grand feast and savor films of all flavors. Bon appétit!
The 2023 TGHFF will be held from November 9th to 26th.
【Golden Horse Fantastic Film Festival (GHFFF)】2022 GHFFF took place from April 8th to 17th.

The 2022 GHFFF opened with Everything Everywhere All at Once, starring Michelle YEOH as a mid-aged woman trying to save the world in between multi-universe. The closing presentation is the star-studded highly-anticipated fantastic series Twisted Strings, executive-produced by HOU Hsiao-hsien and directed by HUANG Xi. The festival showcased the last three episodes, offering the audience a sneak peek of the grand ending on big screen.

The year of 2022 marks the 40th anniversary of the passing of Jacques TATI, the greatest auteur for comedy in French cinema. GHFFF presented all six feature films by TATI as a tribute to his achievement. GHFFF also brought noteworthy works of the year from world cinema. In addition to the regular sections like Fantasy of the Year, Nippon Cha Cha Cha, Ain’t No Cure for Love, Ain’t No Cure for Fun and Cinephile’s Choice, the festival also screened several critically-acclaimed works of crime and thriller panning across history behind the iron curtain, gangsters, family, urban issues and contemporary chaos. Genuine emotion wrapped in blood, aching truth revealed by sharp knives, the screenings of these films were an enjoyable time of screams, shouts and laughter.

In 2022, GHFFF’s Midnight Marathon took the audiences into the mysteries with Conan, the beloved detective across the globe. It invited the audience to revisit the crime scenes and solve the cases in Detective Conan Episode "ONE", Detective Conan: The Time Bombed Skyscraper, Detective Conan: The Last Wizard of the Century and Detective Conan: Captured in Her Eyes. In addition, the signature The Rocky Horror Picture Show came alive again, while the all-time musical classic Singin’ in the Rain turned the theatre into a ballroom and The Sound of Music transported an immersive experience with favorite melodies like “Do-Re-Mi” and “Edelweiss”.
The 2023 GHFFF will be held from April 7th and April 16th.
【Golden Horse Classic Film Festival: The Golden Era of Czechoslovak Cinema (GHCFF)】2022 GHCFF took place from July 22nd to August 11th in Taipei, & August 3rd to 14th in Taichung. 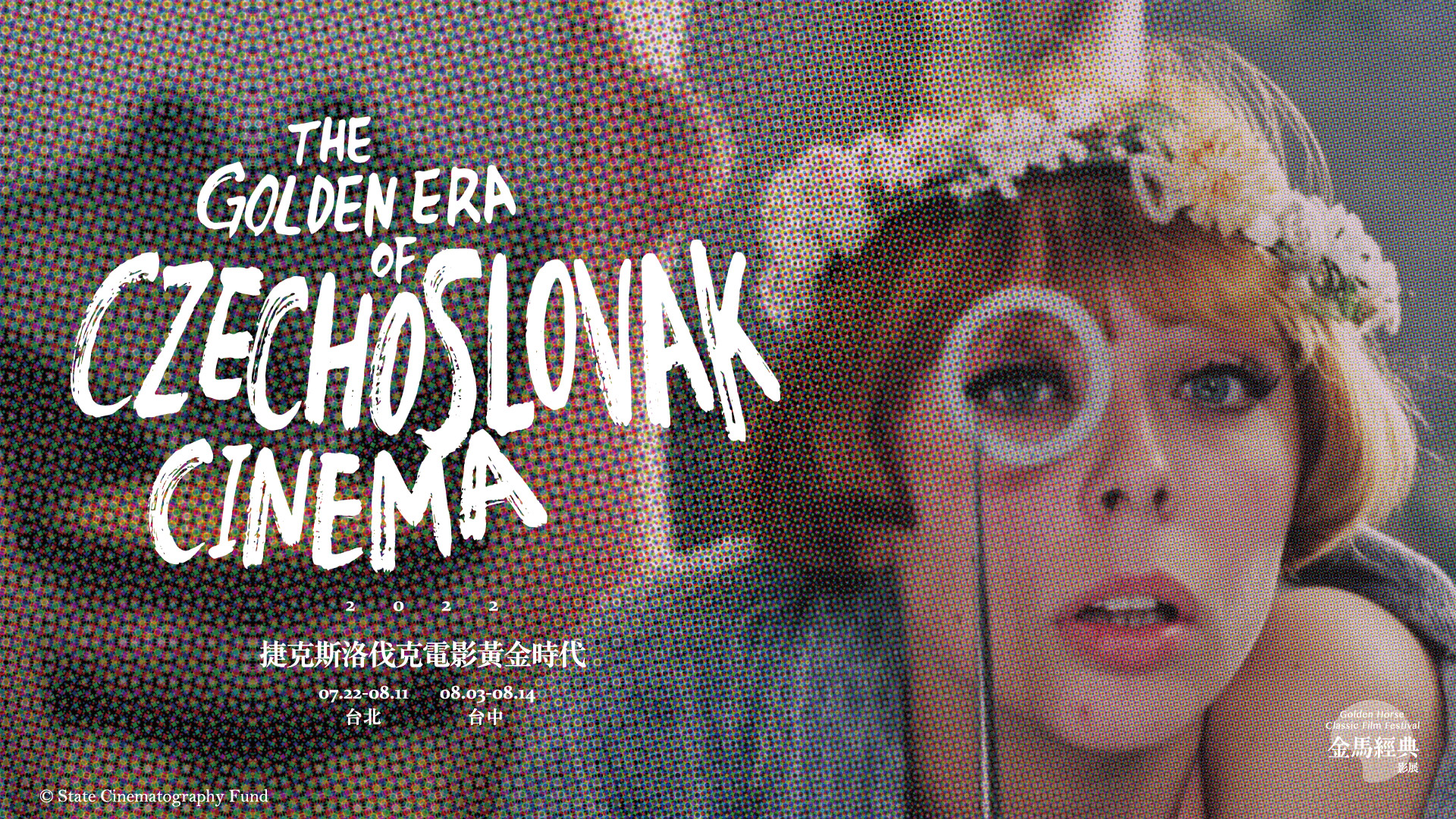 In 2018, to celebrate the centennial of Swedish cinematic maestro, we hosted a festival event  Ingmar Bergman: The Centennial Retrospective, which included 38 of his cinematic works, as a tribute to the late filmmaker. In July 2019, the retrospective event bacame an offical festival program named Golden Horse Classic Film Festival (GCHFF). The enthusiastic feedback from the cinephiles has encouraged us to organize the Golden Horse Classic Film Festival: Voyage to Italy, inspired by the documentary MY VOYAGE TO ITALY by Martin Scorsese. It screened 37 films mentioned in the documentary, directed by Roberto Rossellini, Vittorio De Sica, Luchino Visconti, Michelangelo Antonioni, Federico Fellini, Alessandro Blasetti and Pietro Germi, including rare prints showing for the first time in Taiwan and 4K digitally restored prints.
In 2020, we joined the Fellini 100 global film tour and became one of the few, if not the only, physical film festivals showing the complete works of Federico Fellini on the big screen, amid the COVID-19 pandemic. The self-sustained and financially independent GHCFF had drawn almost 70,000 audiences over the past three editions with a high attendance rate of nearly 70% on average.

The 2022 GHCFF focusing on the bloom of influential Czechoslovak films between 1960 and 1970. The festival presents 32 feature films and 6 animated short films by a total of 27 renowned filmmakers, including world-famous directors like Jiří Menzel, Miloš Forman, and Věra Chytilová, as well as renowned animation masters such as Jiří Trnka and Jan Švankmajer. Among the impressive lineups are acclaimed masterpieces, rare gems banned for years, dark comedy, and surrealistic fantasy, making this the largest program for Czechoslovak cinema in Taiwan to date.
The 2023 GHCFF will be held from July 21st to August 13th.